Ancient Custom of the Holly Leaf... Added to Santa's Hat for PSCS Graduates

Pro Santas (PSCS' and American Events') using the Holly Leaf on their hats since 1984! 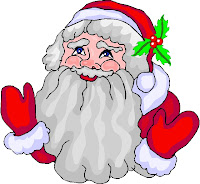 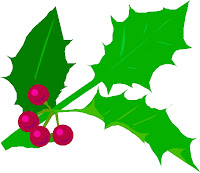 Holly was known & revered by the early British Druids and Roman pagans, The Druids thought it was a special favorite of the sun because it was ever green.

The Romans used it as a charm to ward off lightning and evil spells and believed its blossoms could repel poison. They sent sprigs of holly to their friends during Saturnalia.

The early Christian Church forbade the use of holly, particularly during Saturnalia, but the Romans largely ignored the ban. So did the British, amongst whom arose the custom of hanging sprigs of holly about the home as hiding places for elves and faeries.

In Germany a soberer legend evolved about holly, which was called Christdom or Christ's crown of thorns.

The berries were believed to have been white until they were stained by Christ's blood.

Thus back in 1984, American Events & PSCS added holly leaf adornments to the hats of all our Santas and Santa graduates to not only give Santa more character and a touch of color, but to show our stand on the Reason for the Season.

The tradition of Santa's adding holly to their outfits has become ever popular today. Hopefully, now all the Santa's who have added the holly sprigs to their hats can trace the tradition of this ancient and popular holiday custom.